Menu
Log in
Register
Install the app
You are using an out of date browser. It may not display this or other websites correctly.
You should upgrade or use an alternative browser.

OVH and their internal licenses

Has anyone successfully installed DA using a license from OVH..... Firstly, I had problems with the OS, their control panel only lets you change it up to Debian 8! They had to manually change it to 10....

Now that is sorted, it gives me this when installing

You are not authorized to download the update package with that client id and license id for this IP address. Please email sales @ directadmin . com
Click to expand...

even though everything is "correct"......

I wanted to save a few bucks, but got this problem for the pleasure......

To follow up, when I look in the CMD_LICENSE page, the Client ID was different to the one they gave

Support at its best!

No wonder it failed without auto.

Yeah well... OVH... pity Hetzner still does not want to do DA support. Asked them several weeks ago, but still a no go.
Z

Richard G said:
Yeah well... OVH... pity Hetzner still does not want to do DA support. Asked them several weeks ago, but still a no go.
Click to expand...

We have servers at both, OVH and Hetzner - but with own licenses

We also use our own license, but we left OVH due to bad hardware support.
A hd broke on Friday at 17.30 hours. We had to wait until monday 08.10 hours to get it fixed. Because we did not have a special SLA, which cost a bunch extra. So we instantly left OVH and won't go back there.
At Hetzner for the same price, we had a similar server, and on a broken disk couple of months later, we could even determine when it should be replaced, on a saterday night!! And they were faster with response.

But it still would be nice if Hetzner would provide licenses for their customers.

Richard G said:
we left OVH due to bad
Click to expand...

we can just stop there.
T

I have a dedicated server. Which operating system do you recommend? I bought a DA license because. I had this problem in CentOS 8 and could not fix it.

I am getting this error now. Operating system: CentOS 7 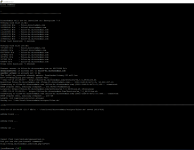 Have you completed the install prerequisites?

If you have more issues I would start a new thread.

How to ask for help here on the forum

All: I wanted to make this post for all of those that might be new or just need guidance on how to post a question. Most important things first. This forum is Community based the questions are generally answered by community members. It is frequented by Directadmin support members but it not...